Darkness in the Amish World – Part 2 of 2 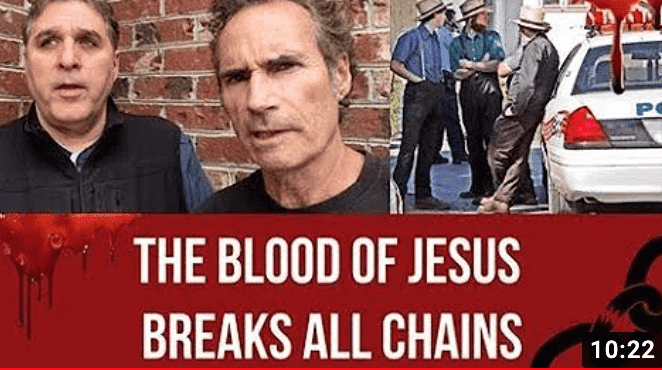 Darkness in the Amish world

From an article by Charlene Fuller-Gossett

In “Darkness in the Amish World (Part 1),” we learned what is going on in the Amish community behind closed doors. In Part 2, we will learn how Russ Dizdar and his team minister to Satanic Ritual Abuse (SRA) victims. Russ’s goal is to offer healing to girls who have been violated. He brings teams trained in evangelism and prayer for healing and deliverance. It doesn’t matter who the victims are or what they do, they are ministered to.

Sometimes victims lead Russ to ritual sites. He identified one particular location because of the pentacle on a metal barrier where the road met a cliff’s edge. The pentacle is a 5-point star inside a circle. It can symbolize many things, but in this case, it was a sign of protection. That barrier also has another sign appearing to be an asterisk inside a box. Russ wasn’t familiar with it, but his research identified it as a “solar cross,” a “witches sign” used in some traditions to mark ritual tools.

Russ works with those who have been involved in high-level crimes of blood sacrifices. In these instances, he’s required to turn in evidence on pedophile and rape rings. Some of Russ’s team, aka “Boots on the Ground,” live in the area where the pedophile and rape rings operate. When Boots on the Ground meets, they learn about new victims and perpetrators. Then they meet with the victims, hear their stories, offer ministry, and pray with each one.

Save Them is a counter global human trafficking organization in Pennsylvania. They partner with Russ because many of the rescued victims, particularly in South Africa, have cross overs with the occult and religious crimes with evidence of SRA (Satanic Ritual Abuse) and multiple personalities or DID (Dissociative Identity Disorder).

Russ’s strategy is to pray that God opens a door for him to walk through to expose the demonic and ritual abuse in these communities. One of Russ’s Boots on the Ground team members shares why she’s involved, “I want to give a voice to the ones who have been kept silent for too long. For those who have been hurting in the deepest and most vile ways, I’m here to share the truth and love of Jesus to their lives, to set them free and to bring healing.”

Local law enforcement turn over cold cases to Russ & Save Them. The authorities request Russ’s assistance because he identifies the patterns and signs of Satanic Ritual Sacrifices. He’s been around it enough to know what to look for. The team members are spirit-filled believers seeing things through a lens of what’s going to happen. With the Holy Spirit, they have the power to come against it. No other group does what Russ and his team do.

In Russ and his team’s experience, not a single victim, whether by SRA or human trafficking, has ever been restored without finding their identity in Jesus Christ. There is no restoration except by surrendering to the blood of Jesus. Are we prepared to deal with Satan and his legion of demons? We may be confronted with evil at any turn. Are we ready for battle?

Russ Dizdar: Darkness in the Amish