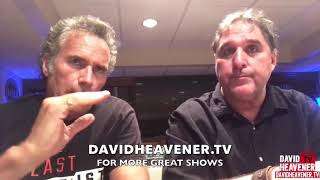 What’s up the Deep State? Pt. 1 of 2
Based on an article by Charlene Fuller-Gossett

At the time of this writing, the entire world is in the midst of a pandemic. What is behind this scare? In the news and in everyday conversation, fingers often point to the Deep State as the cause.

What is the Deep State? Basically, it’s an intra-government conspiracy, a powerful group, intensely rooted, with an agenda to undermine the decisions of the president and congress. It’s secretive. There’s much more, in fact than what you see on the surface. Its roots are in satanic ritual abuse.

On a local level (in every community), a small percentage of people are involved in the occult. Investigator and former pastor, Russ Dizdar has researched satanic ritual abuse (SRA) for years and knows the traits. What you find in one city is happening in every city in America, and many others throughout the world. When you discover someone who is a victim of satanic ritual abuse, then you know that there is a coven of people who know how to birth and breed these victims, assign specific mind control principles, and then raise them. Generally, there are 100 victims in a city of 180,000 residents.

The covens come from groups known to do rituals to control victims. Covens know exactly what they’re doing; it is very secretive. It’s beyond how the mafia and drug lords operate. It’s much deeper and darker than any other secret society. It is on the deepest and darkest level possible.

Does the Deep State use SRA victims to advance their agenda? According to Dizdar, it’s the other way around. They are aware (as well as unaware), just like Bohemian Grove participants. They are the reason for the Deep State. Look at in terms of a marionette with the strings maneuvered from above to manipulate movement. Next, turn the puppet upside down where the manipulation is happening from below. Dizdar refers to this as “Hell’s Kitchen.” When investigating, you find the deep state, a group of globalists. However, it’s as if you’re seeing the fin of a shark just above the water, but the real truth is below the surface. The Deep State are the puppets, and the puppeteers are satanic.

Where did the Deep State originate? According to Dizdar, the Deep State is a mask – merely a false face for the Luciferian government. Most people have no clue as to what’s really going on. There are, however, Christians who know what’s going on below the surface because they’ve prayed and studied God’s word.

Satan hates being exposed. It’s like in the Wizard of Oz. The curtains are being pulled back, revealing who is really in control. The Deep State can do nothing on its own. Even they are being controlled by the puppet masters of dark powers in high places as described in Ephesians 6.

It’s time for all believers in Jesus to be aware of what’s going on. It’s all real. Know that the truth is not what we’re seeing on the surface. We’re seeing what they want us to see. The real truth is in the spiritual realm – not the natural realm. We have to go deeper than what we’re seeing. We must pray so that we move to a new level of understanding.
There are still questions:
Where did all this come from?
How did it get into the western world?
How did it get into our neighborhoods?