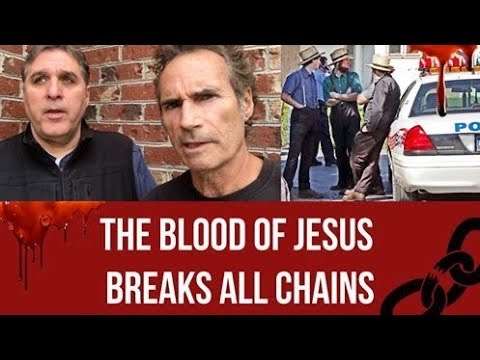 When one thinks about the Amish community, black horses and buggies come to mind along with women wearing simple dresses and head coverings. Men wear straw hats, white shirts, black pants, and suspenders. They have beards, minus the mustache, of course. The Amish are some of the nicest people you meet. They are quiet and God-fearing with a preference of keeping to themselves. They carry this preference to the extreme of not liking to have their pictures taken. We know them for their superior craftsmanship with furniture, quilts, and other handmade items. During a conversation between David Heavener and Russ Dizdar, some disturbing and little known facts about the Amish came to light. The one thing that no one knows about them is that there are witches within the community. The people in leadership are aware of what is happening, and they do look down on it. Community members may confer with a witch in the same way as a Native American might visit a Shaman. The Amish witches have pow-wow gatherings, use spells, and engage in many other rituals. Some participate in hardcore, darker satanic rituals. When they are casting spells, they are not always on the dark side. Some come for healing; some customers pay to have pain and suffering inflicted on others. No matter what they are doing, the power is from the same source. Dark spirits, better known as satanic spirits, fuel their power.
But there is more going on, in addition to witches using spells and incantations. They partake in Satanic Ritual Abuse (SRA) with
Amish youth, especially girls. These girls often suffer constant abuse during rituals and spells. They then end up with multiple personalities, or Dissociative Identity Disorder (DID), and deep- seated issues that typically require deliverance.
Over the years, the Amish have had genetic issues due to incest, yet they remain a very isolated, exclusive group. Despite their conservative views, there is historical multi-generational abuse. Amish leadership says that when someone confesses (or is exposed as being guilty), they are forgiven in the church meeting. Then the perpetrator walks out. The crime is never punished and never brought up again. For the criminal, it’s a brand new day with a fresh, clean slate. No one knows about it outside the community, and no one is ever allowed to go outside the community to discuss it. The perpetrator “goes free.” He is free to victimize again. There are hundreds of victims aged 20 to 60 who have never been allowed to share their stories. Due in part to this clannish existence, the offenses are repeated many times over. How does the leadership deal with it? They don’t deal with it. It’s known as “Amish Sovereignty.” They are not subject to Pennsylvania law and so are not subject to law enforcement. They deal with issues only from within.
You may wonder how many ritually abused people are in the United States. According to Dizdar, the number is as many as ten million. Now abuse has increased to include the second, third, and fourth generations. In the past, most DID children in treatment in children’s psychological wards were 18-20 years. Now, children as young as 12 are in treatment.
Psychologists and psychiatrists are familiar with the terms SRA, DID, and MPD. It’s in their diagnostic manuals. Professionals recognize the problem; most every psych ward has treated the disorder since the 1980s. Now, the American Psychological Association realizes that there are millions of people who suffer from such abuse. During the abuse, torturers beat victims so traumatically that they become tattooed with scars as historical reminders of the rituals. DID victims are not able to maintain a regular personality. Instead, their personality is deliberately split by a sophisticated and practiced individual to gain control over the innocent. These forceful and tenacious perpetrators come from a long line of ritualistic abusers, practicing the occult’s black magic. The trauma inflicted by them stems from the same repetitive trauma inflicted on them. They repeat the abuse from one generation to another with intensifying severity.
Who is at the source of these issues infiltrating the Amish? Undeniably, it is Satan. In part 2, we will explore the ministry that Dizdar and others pursue to touch and recover the lives of as many victims as possible.

For Exclusive Videos, subscribe for just $4.99 monthly. Your Gift Supports This Ministry.